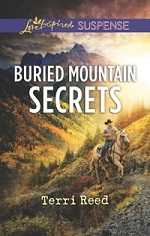 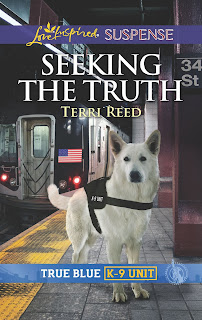 Her investigation could prove fatal…In this exciting True Blue K-9 Unit installmentBy secretly investigating the New York City K-9 Command Unit chief’s murder, reporter Rachelle Clark puts a bull’s-eye on her back. Single dad and K-9 unit officer Carter Jameson thought Rachelle was reporting on police-field-dog trials—not his brother’s death. Though he’s not happy about her true purpose, the danger is real…and he and his trusty German shepherd must save her.
2 comments: 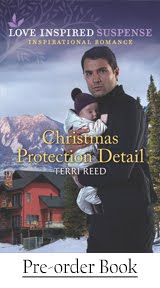