Today The Doctor's Defender hits shelves.  Look for it in a store near you.  Or online at Harlequin
or Amazon. 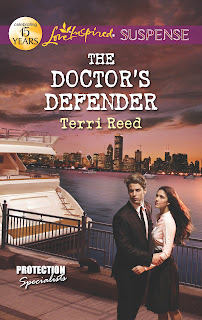 As a trauma surgeon, Dr. Brenda Storm saves lives every day. But someone wants her dead.  It starts with the anonymous delivery of poisoned cupcakes.  Now the hospital has hired a bodyguard to protect her 24/7.  At first, Brenda doesn’t think too-handsome Kyle Martin is the right for the job.  Then she discovers his harrowing background—and that Kyle will do anything to keep her safe.  With every attempt on her life, she’s more drawn to the strong and silent man who risks his life for hers.  But their growing feelings could put them both in harm’s way.


On another note:
I'm so excited to announce one of my previous Love Inspired Suspense books is being released this coming November.   It won't be in stores but can be purchased in NOVEMBER via the Harlequin website. 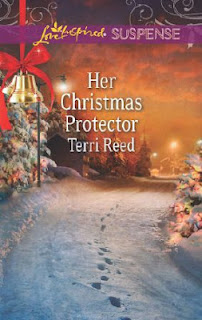 “IF I CAN’T HAVE YOU, NO ONE WILL.”
Those words from her abusive ex-husband sent Faith Delange fleeing from everything familiar. And when a bus dropped her off in the small town of Sisters, Oregon, Faith immediately found room, board and a job on an isolated ranch. But she couldn’t tell her handsome new boss, Luke Campbell, what had her jumping at shadows during the joy of the holiday season— or what kept her out of his arms. She’d only put his and his frail mother’s lives at stake. Faith feared her past would never let her go, but could Luke be the one to give her a future? 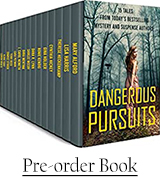